I'm very pleased with the Boy's Basketball Team at URHS.  They took State for Charter Schools just the other day.  They and their coaches did a fantastic job this season, working hard, and improving their already great skills.  Coach Dave Sorenson and Assistant Coach Ryan Jaseckas went far beyond in helping these young men become the champions that they are!
Posted by LoraLee Evans at 8:18 PM No comments:

School Visits- Why I Write

This last week, I was very fortunate to be able to go visit two schools in Paiute School District, to talk the students about writing.

Paiute County is a beautiful place, and I enjoyed traveling there, through Marysvale, Junction, and Circleville.  It is in south/central Utah, south east of the I-70 and I-15 junction.  Even though I've lived in Utah most of my life, I had not been there before, at least in my memory, and I am so glad I got to go.

I visited Circleville Elementary School and Oscarson Elementary School to talk with the students about writing, and the importance of each person being able to tell his own story.  I enjoyed visiting with the students and faculty of both schools.  I was even invited to eat lunch with the students at Circleville Elementary, the first school I went to, and I really liked the extra time to just sit with a few of the students there, and talk to them.  The students at both schools were attentive and respectful during the presentation, and asked many very good questions about writing, and about the stories that I've written.  The older grades in both schools had read my book, Felicity~ A Sparrow's Tale a little bit, and had enjoyed it so far.  That made me glad.  I'm so pleased when people enjoy my writing.

The school visits also helped me remember why I write.  I want to write stories that help people, not just entertain them.  I want to write stories that make people better human beings; kinder, more tolerant, more humane, and braver.  I hope that my book Felicity helps the students of Circleville and Oscarson Elementaries to learn something about doing good for other people, not because we get something out of it, but because it's just the right thing to do.
Posted by LoraLee Evans at 2:25 PM No comments: 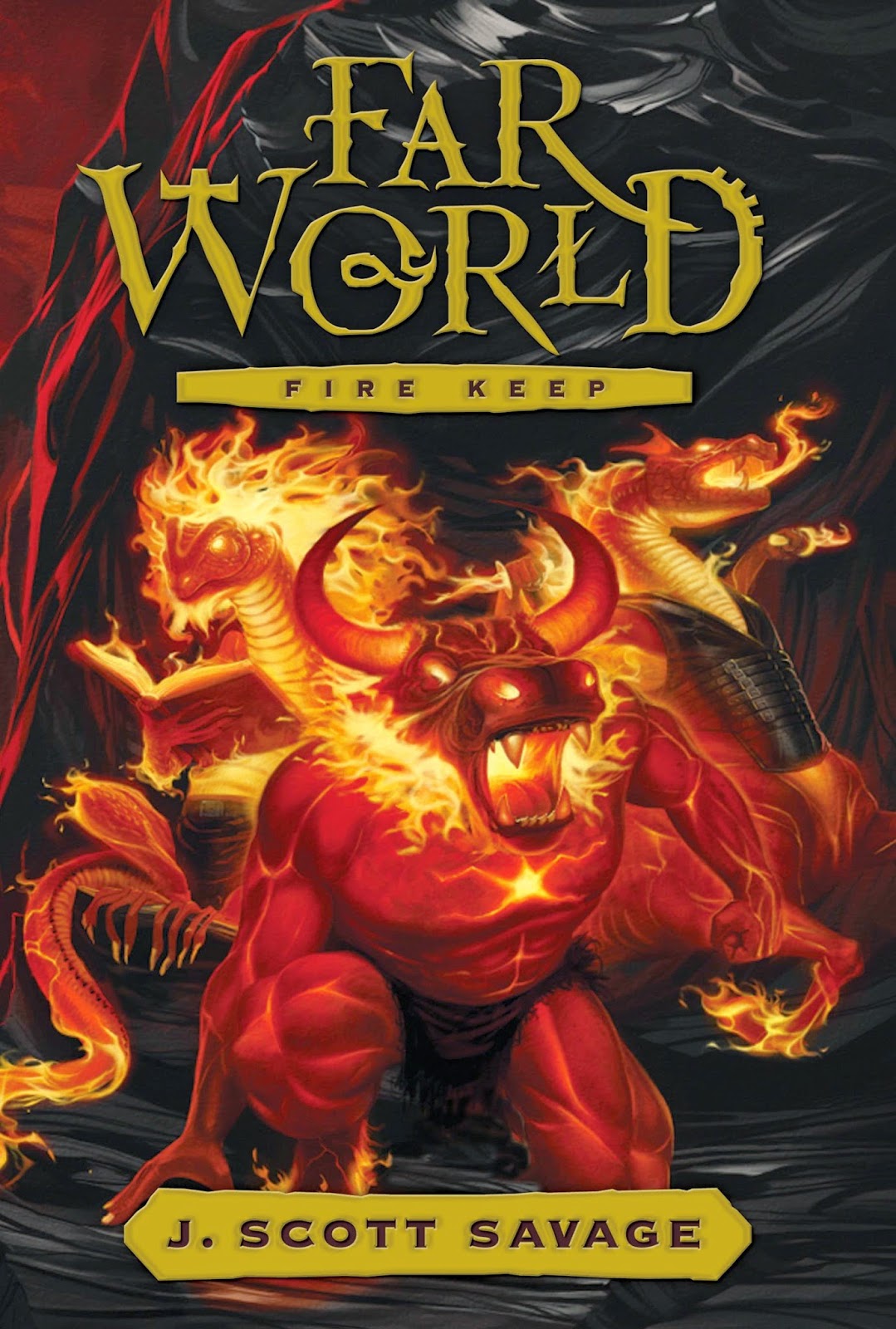 I have enjoyed following the story of his characters Marcus, Kyja, and Kyja's skyte Riph Raph on their adventures.  I will be sad to see it come to a close, but at the same time, I look forward to seeing Mr. Savage's new series, The Mysteries of Cove, and all the adventures that will come!
Posted by LoraLee Evans at 11:13 AM No comments:

The Twilight Generation and The Hobbit movies


Twilight has convinced almost an entire generation of girls that if a boy is manipulative and controlling, that he must care about them.  They’ve been convinced that a boy who is sensitive and thoughtful is to be passed over for the dangerous, brooding one.  It has also convinced them that they are worth nothing without having a boy to define them.  Thanks in large part to Twilight, girls often think that it is romantic to think that the sole reason they came into existence, was to be with one specific man.  (I once read a fanfic wherein the female main character actually told the main male character [who had already gone out of his way to make her life an unnecessary hell] that she believed that she was born for the purpose of marrying him.  And the author honestly seemed to think that there was nothing wrong with it.  I was flabbergasted.)  These destructive ideas have been around for as long as humanity has, unfortunately, but Twilight has exacerbated the idea that a disrespectful, controlling man is actually the one who loves the girl the most.


In the Hobbit movies directed by Peter Jackson, the character of Kili started off similar to the way he started off in the book which I love.  But in the second movie, when he met Tauriel the female elf, he became someone I no longer recognized.  One of the first things Kili said to her, was that he wanted her to look down his pants.  The movie makers seemed to intend for it to be humorous.  However, if such a comment were made in similar circumstances in real life, it would be obvious for anyone who cared to understand, that it was the disrespectful, suggestive, crude statement that it was; a statement that would never have escaped the lips of a man who had any real regard for the woman he was addressing.  Any girl who respects herself and is sure and certain of her worth as a person, and is not easily influenced by what the media tells her she needs to believe, would see immediately that such a suggestive comment is not something a man capable of feeling real love would ever say.  Unfortunately, not all young women are as level-headed as they ought to be for their own lasting good.  They do what sounds pleasing, taught to them by books and movies like Twilight, and then end up in relationships that are abusive; mentally, verbally or physically, and don’t understand why.


After Tauriel healed Kili in the third movie, he would not let go his pursuit of her, expressed to her his sexual attraction to her, and told her to leave her people and come with him.  In a way that was painfully clear, Kili showed that he did not care about her lasting happiness; only his immediate wants and gratification.  Whether he was immediately conscious of it or not, Kili knew that Tauriel was immortal and that he was not.  He knew that in a few decades, he would begin to grow old, become unattractive, and eventually die while she would remain young looking and unchanged through the whole of their relationship.  In the Lord of the Rings movies, Aragorn knew this same thing, and because of it, he was very reluctant to bind himself to Arwen.  Not because he didn’t love her, but because he did.  Aragorn was concerned, deeply, about Arwen’s lasting good and happiness.  In contrast, Kili clearly showed by his aggressive and unapologetic pursuit of Tauriel that he cared nothing for her as a living being.  In all frankness, Kili was interested in Tauriel only for what she could do for him; not for anything he could do for her.  Kili was not concerned about her lasting welfare.  His words declaring that he loved her were hollow and meaningless, and actually quite ugly to hear because of the way they so thinly veiled his blatant disregard for her as a person.  (Some people might argue vehemently that Kili died to save Tauriel; but that was a forced addition, something artificially choreographed and manipulated by the movie makers.  In real life, a man who talked to Tauriel in the same way that Kili did, would not put himself through any sort of difficulty for her sake, because he sees her only as an object.)


As for Tauriel’s part, she showed her fellow real-life females nothing useful about how to respond to the aggressive pursuit of a man who is good at lip-service, but clearly has no real regard for her.  She made it painfully obvious to anyone with enough sense to understand, that she had no respect for herself.  But in this generation of young people, young women in particular, who were prepped by the philosophies fed to them by Twilight, ideas like this sell.


One of my favorite books of all time is To Kill A Mockingbird.  It is not a romance, but it does have love in it.  Real love.  Love of a father for his children, and love of children for their father.  Brief hints at their father's love for their mother who died before the story began.  Sincere concern for the good of society, and willingness to sacrifice for the sake of others.  Mr. Dolphus Raymond's willingness to act the way he does, so that society will allow him to be with his sweetheart, who is black, and their mulatto children. To Kill a Mockingbird contrasts basic human decency with dishonesty and moral degradation, and calls them both what they are.  It calls good good, and bad bad.  It doesn't celebrate or condone dysfunction.  It calls it what it is.  Books like To Kill a Mockingbird teach us real things about the human condition. It teaches us about how to be better people, how to be kinder, more tolerant, more humane, more brave. They can stretch our minds and help us think in ways we didn't before, not detracting from truths that we already know, but adding to, and complementing them. To Kill a Mockingbird and other books like it give me wonderful examples to look up to when creating my own writing in which I try hard to make stories that help those who read them to be a little kinder, stand a little taller, be a little better because of what they've read. I am glad for books like To Kill a Mockingbird.
Posted by LoraLee Evans at 8:24 PM No comments: