In Racing the Sun by Paul Pitts, 12 year old Brandon Rogers finds himself making adjustments in his life when his ailing grandfather moves off the Navajo reservation, and into the lower bunk of Brandon's room. Before now, Brandon hasn't had the chance to learn much about the culture and ways of his ancestors, having grown up on the Wasatch front, but now with his very traditional grandfather teaching him the language and culture of his people, something he hasn't had a chance to learn about very much before now, (including the tradition to wake before dawn and go running) he's learning more than he ever thought he would about the ways of his people, and learning to be proud of who he is and where he came from. Most especially, he's learning that his grandfather loves him, and that he loves his grandfather back.
Posted by LoraLee Evans at 12:24 PM No comments:

As almost everyone knows (unless you live under a rock, maybe) that we have just experienced a solar eclipse. Here in Utah, it wasn't a total eclipse, but it was pretty near! As my children described the time when the moon covered 90 percent of the sun, it didn't get very dark, but it was "like looking through sunglasses" at the world. Below, is a picture of the sun with the moon blocking most of it. Taken of course, through an approved sun viewing lens.

The next total solar eclipse that will occur in the United States will be the 8th of April in 2024. Just seven years from now! But there will be an annular eclipse on the 14th of October in 2023. Annular eclipses are not total solar eclipses, because during them, the sun forms a ring of fire around the moon, and isn't completely blocked. They happen because the orbit of the moon is elliptical, rather than perfectly circular, and during the eclipse, the moon is at a further point away from the earth than it is during a total solar eclipse, making the visible ring of fire possible. The cool thing about that eclipse, is that it will happen over Utah! Something for me and other Utahns to look forward to! 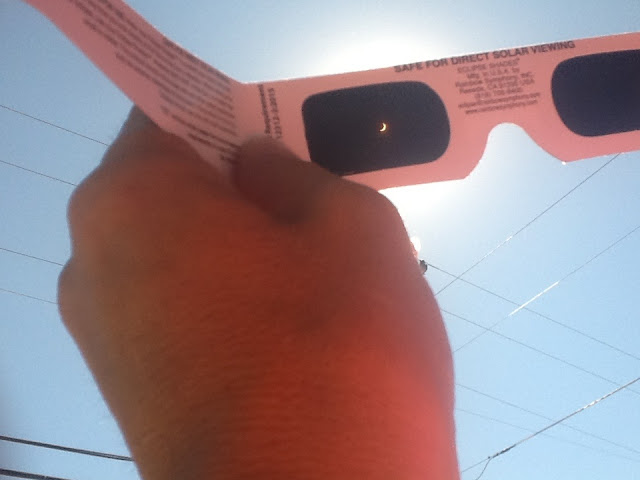 Posted by LoraLee Evans at 2:42 PM No comments:

One of my favorite Middle Grade authors, Mikey Brooks, just had a new book come out!

Mikey Brooks is the author of a whole bunch of excellent children's and middle grade books, including The DreamKeeper series, which includes The DreamKeeper, The DreamMakers, and The DreamStone.

He is also the author of Bean's Dragons, The Museum Adventures, The Stone of Valhalla, and many others!

The Museum Adventures begins with The Maya Mystery, where protagonists Katie and Nick are wisked back in time to the Mayan civilization, and have to go through all sorts of troubles and dangers in an attempt to get back home. The second book in The Museum Adventures, and his newest one, is called A Night in Nottingham! Read more about it on Mikey's Blog!


Posted by LoraLee Evans at 8:08 PM No comments: 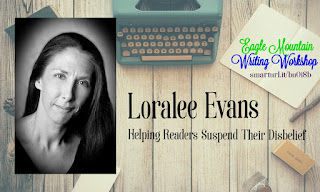 The Eagle Mountain Writing Workshop is coming September 9 at Frontier Middle School in Eagle Mountain at 9:00 a.m. I am really excited! I've enjoyed attending and teaching there in the past, and I look forward to the Writing Workshop on the 9th. It's got some great classes, and when I went last year, I learned a lot and had fun! If you'd like to learn more, click HERE.
Posted by LoraLee Evans at 1:01 PM No comments: