Tiny Tim in A Christmas Carol 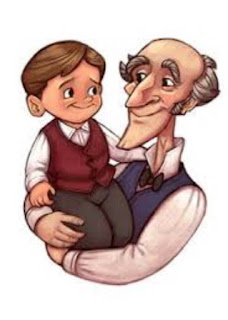 In A Christmas Carol by Charles Dickens, the main character Ebenezer Scrooge goes through a soul searching change in his view of the world, and becomes less selfish as he does so. One of the characters he encounters in his journeys with the Ghosts of Christmas Past, Present, and Future, is Tiny Tim, the son of Scrooge's clerk, Bob Cratchet. Tim is disabled, probably with Renal Tubular Acidosis, or possibly Rickets. If the future doesn't change, says the Ghost of Christmas Present (in other words if Scrooge doesn't change his ways and pay Bob better) Tiny Tim will die. This terrible truth helps to facilitate Scrooge's change.

Tim's character is important in the story, in that with him, we see that Scrooge's change is altruistic, and that he is doing it to benefit other people, not just out of concern for his own salvation.

Even though he is a minor character, because of his being there, Tiny Tim enriches the story of A Christmas Carol, which is a lovely story of hope and positive change, and which is a book I highly recommend.
Posted by LoraLee Evans at 3:18 PM No comments: 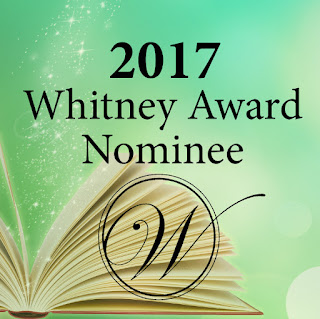 On December 1, I got an email from Monique Luetkemeyer and the Whitney Award Committee that my middle grade novel, Felicity and the Scary Bear was a nominee for a Whitney Award! I was pretty excited about that. The Whitney Awards will be eleven years old this spring, and recognize outstanding literature by LDS authors. They began in 2007, Read more about the Whitney Awards HERE! Even if I'm not a winner or finalist, it's pretty neat to have been nominated!
Posted by LoraLee Evans at 10:41 AM No comments:

A Connecticut Yankee in King Arthur's Court by Mark Twain, published in 1889, begins when Hank Morgan, the protagonist suffers a blow to the head "during a disagreement conducted with crowbars" and wakes up to find himself in 6th century England.

He proceeds to amaze and astound the people of the sixth century with his modern skills and inventions, beginning with his ability to convince them that he caused a total solar eclipse which he knew was going to happen, and from there, he continues to astound and amaze almost everyone except for Merlin.

The story wasn't just a fun story to read, but an honest look at societal injustices, not just of the 6th century, but of the 19th, and to be honest, of the current century as well. I enjoyed Mark Twain's satire, and writing style. I especially liked his skill with writing Shakespearean dialogue.

I had to force my disbelieve to be suspended a bit, because in all honesty, people were not saying "I wit not what ye say," in 6th century England. They were speaking a language, similar to that of the original Beowulf which no one from our day would be able to understand unless you'd studied the language of that time. The language Twain presented was more from Shakespeare's time; a bit more understandable than Beowulf, or even Chaucer. Also, many scenes seemed to drag on and on with little to move the story forward. I understand why they were there, when Twain was trying to make some moral or societal point, but still they dragged, and it took a fair effort from me to stay in the story.  But overall, I really liked it, and I recommend it as a great, enjoyable classic.
Posted by LoraLee Evans at 10:48 AM No comments: