One of my favorite poems ever, is Invictus by William Ernest Henley. It is a poem that can inspire courage in someone who, like Nelson Mandela, is faced with great difficulty.

Nelson Mandela was born in South Africa during apartheid, the unjust separation of white people and black people, and he was imprisoned for standing up for what he believed. Despite that, he did not give up, and in fact went on to become the President of South Africa. The first black president in fact. And the poem Invictus was one of the things that inspired him never to give up.

It is a lovely poem, and if you have not heard Invictus read by Morgan Freeman, I highly recommend it.

Out of the night that covers me,
Black as the pit from pole to pole,
I thank whatever gods may be
for my unconquerable soul.

In the fell clutch of circumstance
I have not winced nor cried aloud.
Under the bludgeonings of chance
my head is bloody, but unbowed.

Beyond this place of wrath and tears
looms but the horror of the shade.
And yet the menace of the years finds
and shall find me unafraid.

It matters not how straight the gate,
how charged with punishments the scroll,
I am the master of my fate,
I am the captain of my soul.

Posted by LoraLee Evans at 12:04 PM No comments:

Searching for Irene by Marlene Bateman

What happened to Irene? 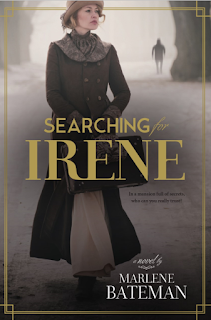 When Anna Coughlin, a modern 1920’s woman, travels to the secluded hills of Virginia to work for wealthy Lawrence Richardson, she discovers that the previous secretary, Irene, mysteriously disappeared a few weeks before.  Upon arriving at the castle-like mansion to begin working, Anna finds that Lawrence’s handsome, but antagonistic son, Tyler, wants nothing more than to have her gone. And he isn’t the only one—

After Anna sets out to find the truth behind Irene’s disappearance, a series of frightening incidents ensnare her in a maze of intrigue. Anna is helped—and often hindered—by the temperamental Tyler Richardson, who—despite her best intentions—begins to steal her heart.

But even as Anna begins to uncover dark secrets in a troubled household, she must continue to hide a significant one of her own. When her life is threatened, Anna is left to wonder if she’ll be able to unravel the mystery before she disappears as mysteriously as the unfortunate Irene—
You can find Searching for Irene on Goodreads as well as Amazon and other online bookstores. 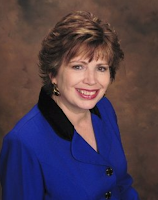 MarleneBateman Sullivan grew up in Utah, and graduated from the University of Utah with a Bachelor's degree in English. She is married to Kelly R. Sullivan and they live in North Salt Lake, Utah with their two dogs and four cats. Marlene has been published extensively in magazines and newspapers and wrote the best-selling romance/suspense novel, Light on Fire Island. She has written three other cozy mysteries; Motive for Murder, A Death in the Family, and Crooked House, as well as the romance, For Sale by Owner.

Marlene has also written a number of non-fiction, LDS books:  Latter-day Saint Heroes and Heroines, And There Were Angels Among Them, Visit’s from Beyond the Veil, By the Ministering of Angels, Brigham’s Boys, Heroes of Faith, Gaze into Heaven; Near-death Experiences in Early Church History, and The Magnificent World of Spirits; Eyewitness Accounts of Where We Go When We Die.

The tallest parts of the mansion—fanciful turrets and a circular tower—were visible only in glimpses Anna caught between lofty oaks and towering pines as her cab wound through the knolls and hills of eastern Virginia.

When the cab turned up the long driveway lined with dogwood trees in full bloom, Anna Coughlin reached for her handbag, gripping it with a tension that had knotted her muscles ever since getting on the train.

The vast estate stood on a hilltop, like a castle—and she craned her neck to better view the starkly impressive gray-stone mansion of Ashton Hall—where she hoped to be hired. With its arched, leaded windows and slate roof with numerous chimneys, the house rivaled pictures she’d seen of castles in Europe.

Instructing the driver to wait, she climbed out, patted her hat in case it was askew, then smoothed her gray suit with gloved hands in hopes of presenting a professional appearance. Anna had no confidence she was clever enough or bold enough to pull this off, but she had to try.

Her eye was drawn by a tall man—more than six feet—who came from the side of the house. Since the man was striding toward her so purposefully, Anna stopped and waited. As he drew near, Anna noted his deep-set eyes were as black as his hair. His skin was tanned, his thin, long-fingered hands brown and strong.

“Miss Coughlin?” He stretched out a hand and shook hers, but there was no warmth for her in his eyes. “I’m Tyler Richardson. Unfortunately, your services are not needed after all.” A touch of arrogance marked his manner, as though he was long accustomed to command those around him.

“Your father called only last week to have someone come out,” Anna blurted in dismay. “May I ask what caused him to change his mind?”

A fleeting glimpse of discomfiture crossed Mr. Richardson’s face. “I wasn’t consulted about his hiring another secretary to replace the one who left so suddenly. My father isn’t in good health, and the last thing we need is someone coming in and upsetting him by making a muddle of things.”

His words kindled a fire that glinted in Anna’s eyes. How dare he make such an assumption? It was difficult to hang on to her temper, but there was too much at stake to let his boorishness sidetrack her. “Since I’m here, I’m sure you won’t mind if I keep my appointment. After all, your father is the one who requested my services. I’m sure he’s expecting me.”

Her words hit home.It took a few bitter seconds, but he finally acquiesced. “Come in, then,” he muttered ungraciously before leading the way up the steps and opening the door.

Following his rigid back down the narrow hall, Anna’s brows furrowed as doubts crept in. How wise had she been to come to this remote place? Especially when the previous secretary had disappeared so mysteriously? Even her employer thought it odd that no one in this mansion seemed to know where Irene had gone or where she was now. It was as if Irene had vanished into thin air.

Here is a little bit about Marlene's book, For Sale by Owner:
For Sale by Owner;  Stressed by a difficult year, McKenzie Forsberg quits her high-powered job to move back to her hometown. Desperate and determined to rebuild her life, Kenzie seeks to buy the home she grew up in. The only problem is that a handsome widower, Jared Rawlins, also wants the house. As a battle of wits ensue, sparks of attraction grow into something more. Then, Kenzie makes a stunning discovery about her past that changes everything. Will the power of love be enough to allow Jared and Kenzie to find their happily ever after?

Posted by LoraLee Evans at 7:13 AM No comments:

The Case File 13 series by J. Scott Savage is a four book middle grade series about a group of three friends, Nick, Angelo, and Carter who find themselves battling an evil Zombie King, a Dr. Frankenstein wannabe, evil twins, and ancient MesoAmerican curses in the four books, Zombie Kid, Making the Team, Evil Twins, and Curse of the Mummy's Uncle. My favorite of the series was the first one, Zombie Kid, where Nick turns into... well, from the title you can probably guess, but I won't tell you anyway! There were a few slight errors, typos, etc. but not enough to hurt my enjoyment of the stories. I thoroughly enjoyed them, and heartily recommend them! J. Scott Savage is one of my favorite authors of all time, and the Case File 13 books made me like his writing even more!

Posted by LoraLee Evans at 10:23 PM No comments: