I am grateful for the Christmas season.  I like giving and getting presents to be sure, and I like the lights and decorations.  I think they're wonderful.  I am especially grateful for what the Christmas season is about; the birth of Jesus Christ, and what he brought to the world.  I once heard the saying describing Christ's birth and mortal life this way:  "A divine being made himself mortal, so that mortals could become divine."  I think that's aptly put.  Here is a video produced by The Church of Jesus Christ of Latter-Day Saints (Mormons) about the birth of our Savior:  https://www.mormon.org/christmas
Jesus made it possible to have hope, even when things look tough. 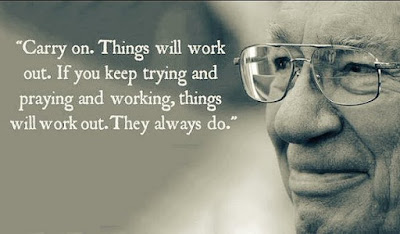 Posted by LoraLee Evans at 8:53 PM No comments:

Soda Springs by Carolyn Steele is a well-written, enjoyable work of historical fiction.  I enjoyed reading it, and appreciated the bit of history of the western U.S. that Carolyn Steele so skillfully put in as well.
Tessa Darrow is an extremely likable character, and I found myself rooting for her in all her adventures and misadventures.  From the beginning of the story until its very satisfying conclusion, I followed Tessa hoping that everything turned out well for her.  Her father was a character I didn’t like quite so much.  At least at first.  But he was believable, and ultimately sympathetic and redeemable.  And I outright cheered for him in one instance when he responded the way he did in a situation that involved a married man hitting on Tessa.
I thought William was a great character, believable, likable, balanced, and a worthy love-interest for Tessa. 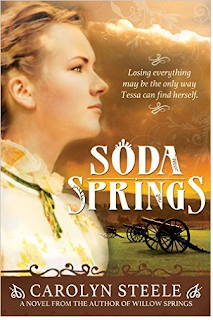 Mrs. Holt was another character I particularly liked.  I appreciated her mix of common sense and compassion, and I was very pleased to see how things worked out for her.  She was certainly someone who deserved a happy ending!  Overall, the ending was quite satisfying to me.  I was very pleased with it.  Even Sarah, William’s childhood friend got a wonderful ending which she deserved after all the trials she had endured.  The shallow, narrow, selfish men got their lasting comeuppance, and the good guys got their happy ending.  Or perhaps I should say happy beginning!


Posted by LoraLee Evans at 4:40 AM No comments:

Some weeks ago, I had the great fortune of reading a fantastic book called Spindle by W. R. Gingell.  After reading it, I had the honor of getting to know it's author, the wonderful W. R. Gingell herself.

She has most kindly agreed to be a guest blogger today with a topic that I find very applicable to myself, and which I think every author could relate to.  Her advice, I think is extremely wise and helpful.  Included in this blog post are links to her books.  I've only read Spindle, so I don't know about the others, but if they're anything like Spindle, they're all great books!

Writing is more often than not something that happens when we motivate ourselves to do it.  It's not often that someone else is breathing down our necks, compelling us to write.  And so having something to motivate us when we don't feel like writing is incredibly helpful.  With that said, I very happily turn the time over to
W.R. Gingell.


I’m actually kind of lazy. It’s a big drawback in everyday life, where I put off the cleaning and hard work until half an hour before I head out to the day job, and washing the clothes until the very day I need them. My poor car has needed a wash since last year, and my chair in the living room is always surrounded by myriad books, craft items, pairs of glasses, remote controls, and tissues. This is because I don’t like getting up again after I’ve sat down.

I’m even lazy when it comes to doing stuff I really like. For example, I quite enjoy sewing clothes, but when I’ve got a project going it usually takes me months to complete, simply because I won’t get up and do the work. I’ll gloat over the prospect of it, and the concept of it, without steeling myself to actually do it. Thus it is that my sewing projects usually spend a few months out on the dining room table, driving my husband to distraction and supplying the dog with tiny pieces of fabric to chew on when food isn’t immediately forthcoming.

With writing, laziness is a big disadvantage. There aren’t many jobs you can do where your output depends solely upon your own discipline to produce it, but writing is one of those jobs. It’s one of the big things that separates the authors from the scribblers: the ability to get past the Bright, Glittering Idea and go on to laboriously chip out words each and every day until the Idea is no longer Idea but Story in manuscript form. Realising that was the big turning point in my writing life. I knew that I’d either have to put my nose to the grindstone, or spend the rest of my life dreaming about writing instead of really writing.

I began to make myself write each day. At first it was only fifty words here, a hundred there. Then, as the years passed and I became more determined that I was going to be a real writer, I set myself a proper word count every day.

First that word count was 500 words. Then, a year ago, I found myself able to do more and put my word count up to 1000 words per day. I began to feel as though I was really getting somewhere.

Still, there are days when I just don’t feel like writing. Those are the days when I have to force myself to write, or my laziness will take over for whole weeks of indolence. Since I don’t notice a difference in the quality of my writing when I’m on a roll and my writing when I’m forcing myself to write, the obvious answer is that I need to write whether or not I feel like it.

So I bribe myself. I do try to do most things without self-bribery, but when it comes to writing my best word output is gained by bribery, and hey! who wants to mess with a winning system? At first it was chocolates and bacon, and the gleeful idea that when I finished this 500 words I could get up and make a cuppa. Then I came across Victoria Schwab on Twitter, and she introduced me to the method of bribery I currently use: stickers! All you need is one calendar and stickers of your choice (for me that means stars and little sticker men with big hats). Each sticker has a designated value—for example, every star sticker I put on the calendar stands for 500 words written (or 1500 words edited)—and once I’ve written 3000 words in a single day, I put a little sticker man with a big hat on the square as well. It works perfectly for me, since I adore stickers. And nowadays, there are a lot more days when I write 3000+ words.

It’s not the perfect solution to my laziness, but it does give me a bit of an incentive to make an effort. And for those days when the stickers pall, there’s always the chocolate and bacon to fall back on....
Posted by LoraLee Evans at 7:52 AM No comments:

I was reading a newspaper article the other day about a meeting between many leaders in the Catholic Church.  One of the topics the leaders agreed upon universally, was 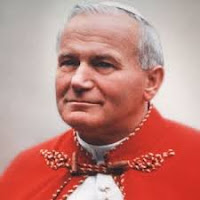 the destructive effects of pornography, and how even though people involved in it, both in its production and consumption, may be adults and consenting to it, it is still destructive to them, to individuals and to society.  These leaders clarified that they defined pornography not just as visual images, but as written words as well and any media that is created for the purpose of sexually arousing its consumers.  These leaders also agreed that "Pornography is not art."

Speaking against it, and in favor of self-control and respect for self and others, Pope John Paul II once said:  "The opposite of love is not hate but rather using a person as if he or she were a object.To love others is to recognize them as the gift they are, to seek what is truly good and best for them and never to use them and thereby objectify them as something less than persons." Pope John Paul II, I think, was wise to say that.  Showing disrespect towards oneself and towards others may not always result in felonies being committed, but it always results in a person dehumanizing himself, and desensitizing himself to the humanity in others, thereby decreasing his overall ability to be happy with life and relationships.

I'm not Catholic, but I think that Pope John Paul II and the current Pope, Pope Francis are very wise men whose advice applies to all of humanity.
Posted by LoraLee Evans at 8:58 PM No comments: