A new school year has begun, once again.  And I want to put a plug in for a great writer whose books are both uplifting and entertaining.  J. Scott Savage, the author of the FarWorld series, which I have mentioned before in this blog, created a fantastic world when he wrote the first FarWorld book, Water Keep.

I just started reading Water Keep with some of my students, and so far, they are enjoying it immensely.  They are very invested in the story, and we've only finished chapter 3.  As a teacher as well as a writer, it is important for me to find books that are challenging enough to push my readers, but not too challenging to be above their heads.  I also want them to be stories to which my students can relate, that they enjoy, and which teach them something positive about themselves and humanity at the same time.  The FarWorld series does all this.

The first book introduces Marcus and Kyja, the main characters,  both of whom are considered odd and disabled in their worlds.  (Marcus, a boy, lives on Earth, while Kyja, a girl, lives on FarWorld.)  Marcus requires a wheelchair to get around, while Kyja can't perform a single magic spell despite everyone else on FarWorld having the ability.  So often my students feel like Marcus and Kyja; like they can't do things that others can do, or lack advantages that others have, but as they watch Marcus and Kyja working together to overcome the problems, and not letting their 'disabilities' discourage them, they begin to think that they too can be successful despite any real or perceived disadvantages.  I really like that.
Posted by LoraLee Evans at 8:54 AM No comments:

Review for Jack the Giant Slayer 2013 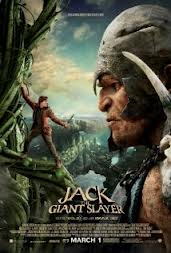 The movie stars Nicholas Hoult as Jack, Eleanor Tomlinson as Isabelle, Ewan McGregor as Elmont, and many other talented actors.

Jack is reluctantly thrust into an unexpected adventure when a monk entrusts him with a small bag of magic beans in order to keep them out of the hands of the king's evil advisor who wants to use them for his own selfish ends.  One of the last things the monk says to Jack, is "...don't get them wet."  But when one of the beans falls through the floorboards of his house, and gets wet just as the princess, Isabelle, running away from home, comes to his house seeking shelter in a rainstorm, the adventure begins.

While the movie was rated PG-13, it was a very mild PG-13.  There were no inappropriate words, there was a positive moral (hard work and selfless courage pay off in the end) and though people do die, there was very little, if any, blood.

One of my favorite lines of the movie was when Ewan McGregor's character is fighting with the bad guy, and says, "I may not be the hero of this story, but at least I get to see how it ends."

As I said, I really enjoyed this movie, and I would recommend it to anyone wanting to watch a fun, positive movie with plenty of action.
Posted by LoraLee Evans at 10:18 PM No comments: