Gordan Ryan- The Dawning of a Brighter Day 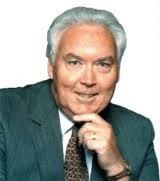 Gordan Ryan , author of Dangerous Legacy, Threads of Honor and others, passed away November 14, 2012.  He served in the United States Marine Corps, as a missionary for the Chruch of Jesus Christ of Latter Day Saints in Norway, and with the United States Air Force during Vietnam.
I enjoyed getting to know him as a member of LDStorymakers.  During his adult life, he lived in Norway, England, Thailand, Taiwan, New Zealand, and Ireland.  He was living in New Zealand at the time of his death.
One memory I have of Gordon, is when a group of Storymakers met at a restaurant in Draper and I brought a little jar of kiwi jam for Gordon.  He got the joke and chuckled.  He was a great person, and I will miss him.
Posted by LoraLee Evans at 9:31 PM